special guests performing live in New York City with her own concert billed as "Roles I Can’t Play Now… Or Ever… Except Tonight!"

Emerson is an actor, singer, and dancer who made her Broadway debut in Violet starring Sutton Foster at the American Airlines Theatre in April 2014, after performing in the one night only concert version of Violet the previous summer at Encores! City Center to rave reviews in the same role. Emerson was honored with the 2014 Theatre World Award in recognition of her debut performance on Broadway.

She first discovered her love of singing at the age of 6 when she performed a duet with her mom at church. Soon after she started to also show interest in acting and dancing, and she has been pursuing her dreams of performing ever since. Emerson won the title of Miss Access Broadway in 2011.

Emerson attends a private school to allow her time to train in lessons, classes, and workshops geared toward honing her skills in acting, singing and dancing. Emerson dances ballet, pointe, jazz, tap, modern, and hip-hop styles. She also dabbles in acro and cirque classes whenever her schedule allows. In addition to theater, Emerson is actively auditioning for film, television, and commercial opportunities.

Written and conducted by Jason Robert Brown, this February 2015 one night only performance at Lincoln Center starred Jeremy Jordan and Laura Benanti. Emerson was cast as Mary Phagan. 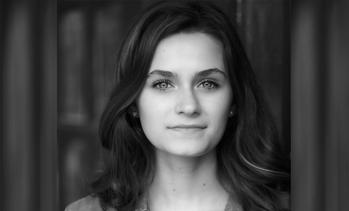 I am extremely honored to be involved with a cause my heart truly is attached to. Facial deformities can threaten the life of a child by obstructing the airway, which allows a child to breathe, eat, sleep and speak. myFace, formerly the National Foundation for Facial Reconstruction, was founded to address the all-too-visible plight of those with facial deformity by assuring them access to the comprehensive and highly personalized team care at theInstitute of Reconstructive Plastic Surgery (IRPS) at NYU Langone Medical Center.

A new musical featured at the 2014 NAMT's 26th Annual Festival of New Musicals, Emerson played the role of Mary Marie which showcased at New World Stages in New York City.

Performing in her hometown, Emerson will star as Sarah Crewe in this spunky family musical, full of music, dance and exotic locales.